I just removed another 'handyman special' addition to the place. I tend to refer to these lovely little additions as vestiges of Frank. He had installed two wooden rods at about 6' high over the bathtub, parallel to the shower curtain rod. I think they were meant for drying clothing. They do function quite adequately as a towel drying spot, but the things were ugly as hell. Also a bit of a hindrance to anyone over 6' tall who wanted to get clean vertically. Our catsitter-on-retainer, Mike, had some serious issues washing his hair in the shower while he was here.

Had Debbie Travis seen this place before we started on it, I think she would have had an aneurysm. I can't count on my fingers & toes the number of bizarre, stop-gap customizations that ol' Frank did to the place. He seemed to take pride in using hardware for some other purpose than intended, like towel rack brackets to hold up glass shelves. Usually his ideas would require some extra bits of wood & double-sided tape to hold it all together. Imagine Macgyver as an interior designer, & you'll have an idea of what we're dealing with here... 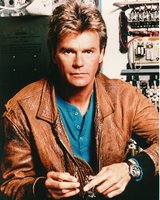 Next on the list is the odd, wooden handle in the tub enclosure. It looks like a paper towel rack made in a grade eight woodwork class.

Posted by Lisa Corriveau at 8:28 PM

I can definitely attest to the serious issues in the shower. It was like a circus act trying to conduct business in there.